A Walk to the Head of Clapham Beck 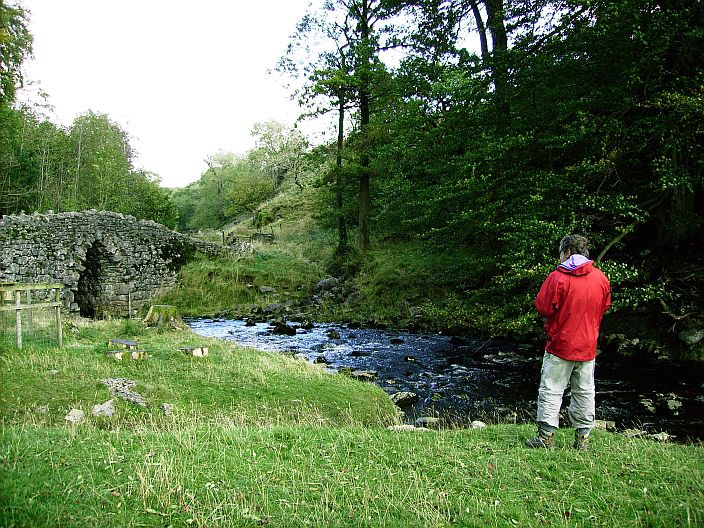 Clapham Beck Head: by Ingleburgh Cave
This Blog entry ties in with the painting of the Bridge at the head of Clapham Beck found in the Main Gallery under Local Scenes (Not the Flickr Gallery). The events took place in October last year.
04/01/2013
This walk took place after a trip to Skipton in the morning then Bernies Cafe (http://www.berniescafe.co.uk/) for lunch in Ingleton then finally back to Clapham to walk off the giant Yorkshire pud with chilli and chips that was ever sooooo tasty!!

After a pleasant walk up through the woods of Clapham Estate (60p each - and well worth it). Many of the botanical specimens were introduced by Reginald Farrer who collected plants from China, Tibet and Upper Burma. He even used a shotgun to get seed into inaccessibly places. we finally emerge out of the trees at Thwaite Scars. Then followed a nice October afternoons walk by Clapham Beck to Ingleburgh cave - we didn't go any further but we usually go up to Gaping Gill but it was getting late and was bitter cold. The cave shop being open allowed us to get hot chocolate drinks and Mars bars so we didn't waste away!

Well worth a visit and perhaps next time I walk up there I can do some sketching in Trow Gill then I can tell you about the mysterious skeleton found there in the 40s.
Next
Previous